Bobby Carter | March 15, 2021 Xavier Omär decided to turn his Tiny Desk home concert into a whole Texas affair. Initially, Omär wanted to recreate the look of the Desk: “I wanted to kind of bring the feeling of Tiny Desk back, so I had booked a library,” he said. Ultimately the library didn’t work out, but Rosella Coffee and Wine in his home base of San Antonio proved to be a great match for his sound–spacious and airy. Omär’s career began in Christian music under the moniker SPZRKT, before he moved into secular R&B and hip-hop. Through his first couple of projects and work with Seattle DJ and producer, Sango, the 27-year-old singer’s heart-on-sleeve approach quickly created a buzz. His latest album, if You Feel, was high on my favorite albums list of 2020. The Alamo City resident and his cohorts orchestrated a charismatic and vocally rich show. The set list perfectly depicts the emotional arch of if You Feel. For good measure, he plays the song that put him on the map, 2016’s “Blind Man.” This is undoubtedly Xavier Omär’s best live performance on record. He’s on a clear path to greatness in R&B music. SET LIST “Like I Feel” “Blind Man” “SURF” “So Much More” MUSICIANS Xavier Omär: vocals Talyce Hays: vocals Jay Wile: vocals Alana Holmes: vocals Billy Ray Blunt Jr.: guitar Justin Crawford: keys Korey Davison: bass Josh Greene: drums Kevin Davison: saxophone 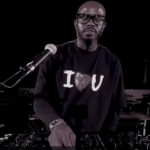 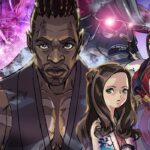